Here is a sample of messy handwriting which is said to be the handwriting of Jack the Ripper. Notice how smudgy and really messy it looks. But in addition to being messy, it shows confusion, anger and low intelligence with its preponderance of restricted shapes, mixed sizes and absence of upper loops. And there’s a  lot more too!

And then there is ugly handwriting which many people think is an indicator of low intelligence – or even a deficiency of some sort. This too is incorrect. Because there are many factors that contribute to ugly handwriting. It can be the result of painful problems that started way back in the past. And because handwriting is such a sensitive barometer of emotion, gnawing memories can show up as irregularities or distortions in the handwriting.

On the other hand there are some people who are under the somewhat hopeful but misguided impression that writers with ugly handwriting are genius material or at the very least highly intelligent.

Nothing could be further from the truth.  Ugly handwriting is not an indicator of high intelligence.  Or of poor intelligence for that matter. The fact is that ugly or untidy handwriting by definition is neither good nor bad.

But that being said, there are many people of high intelligence whose handwritings do not conform to traditional handwriting styles. Very often these are highly creative people who are non-conformists and their handwriting will reflects this. These individuals may be particularly original or unconventional and their originality will show up in their handwriting. Think of Picasso whose lifestyle and also handwriting were totally out of the ordinary to say the least.

Which is why we cannot make blanket statements about the meaning of messy, ugly or indeed beautiful handwriting. Handwriting has to be studied on an individual basis as there are so many permutations and interpretations.

To find out more check out this book: The Secrets of Ugly Handwriting 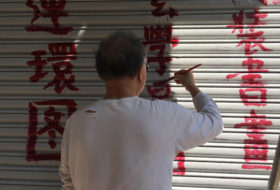 Is Handwriting a Dying Art?

Graphology and The Magic of Insight

An important Life Lesson from Graphology

Signs of Dishonesty in handwriting

How does Handwriting Analysis Work?

The Benefits of Graphology in the Classroom