Picasso: A Creative Mind in Handwriting

Pablo Picasso felt different from an early age. A born rebel with an unusually creative mind, he rejected every vestige of conformity.  Bored with school work he actually enjoyed detention where he could get lost in his sketchbook undisturbed. His approach to art was radical and he became one of the most influential artists of the 20th century.

He was a controversial figure and he led a bohemian lifestyle. His life was filled with numerous scandals and he always did exactly as he pleased.

Not only that – he was supremely confident and often arrogant. The sharp choppiness, the angles and distortions in his handwriting show just how irritable and dictatorial he could be.

There are artists who transform the sun into a yellow spot, but there are others who, thanks to their art and intelligence, transform a yellow spot into the sun. – Pablo Picasso

Picasso’s daughter, Paloma once said;  If you get too close to the Sun, it burns you. But the Sun can’t help being the Sun.”

His handwriting is a visual reflection not only of his creative mind but particularly of his disruptive way of thinking.

Notice how the composition of the “a” in his signature is a miniature form of cubism – the artistic style that broke his pictures into a composite of building blocks.

His handwriting shows a lot of diversity and many variations of form. No doubt much of this stems from the influence of his wide-ranging interests that included ballet, filming and politics. All this added a richness to his life which encouraged him to continually reinvent his art.

Picasso formed his letters as he wielded his paintbrush – with freedom and confidence. His imagination had free rein. He allowed improvisation to rule and he bent and distorted reality to serve his will.

There are many ill-formed structures in his handwriting that reflect the speed and impatience with which he wanted to apply his ideas.  Ideas that came thick and fast because of his innovative thinking.

It’s hardly surprising that unbounded by any rules his handwriting was almost illegible.

When we look at his handwriting carefully, we see that it foreshadows his paintings with its mixture of strange forms and innumerable simplifications.

Indeed innovation and simplification are marks of genius in handwriting. They are signs that emanate from a highly creative mind. 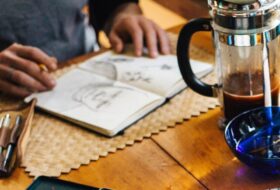 How to See Creativity in Handwriting 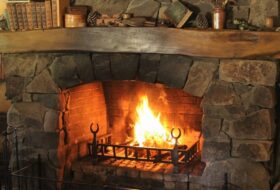 Awakening the Fire of Creativity 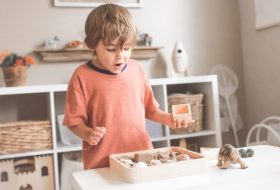 The Power of Imagination in Handwriting 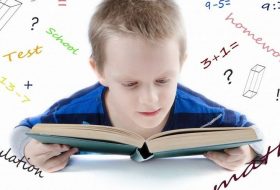 How to identify the Signs of Creativity and Genius in Handwriting

5 Easy Ways to Check if your Child is Creative